Norilsk Nickel operates this smelter in the town of Nikel a few kilometers from Russia's northern border to Norway. (Photo: Thomas Nilsen)

Concentration of SO2 exceeded maximum allowed level by more than 12 times, according to official measurements from Roshydromet.

Sunday, April 5th was not a good day for outdoor activities in the town of Nikel on Russia’s Kola Peninsula.

12,6 times maximum allowed concentration of SO2 in the air, the Murmansk division of the federal state institution for hydrometeorology and monitoring of the environment, Roshydromet, measured. The data is posted on the institution’s portal.

”Due to unfavourable weather conditions for dispersion of pollutants,” Roshydromet explains.

Blowing in the wind
The pollution from the factory was blowing with the wind directly into the town. Such extreme air pollution has not been measured in years.

According to Bellona Murmansk, a regional environmental watchdog group, the plant should reduce production when such unfavourable weather conditions occurs.

Luckily for the inhabitants in Nikel, the highest levels of pollutants were measured at 01.30 am when most people were sleeping. But Sunday was not the only day when pollution exceeded the maximum allowed levels.

On April 4th, the maximum concentration of SO2 in Nikel exceeded maximum allowed level by 6,7 times, the figures from Roshydromet shows.

Measured in Norway
Although not extreme levels, the pollution from Nikel was also measured on the Norwegian side of the border.

”Karpdalen show some increased concentrations the last 14 days, but now extreme values. That means many hourly values between 50 to 200 microgram/m3,” says Senior Researcher Tore Flatlandsmo Berglen with the Norwegian Institute for Air Research to BarentsObserver.

He has measured the air pollution in the Norwegian, Russian borderland for years and is cooperating with researchers in the Murmansk region. 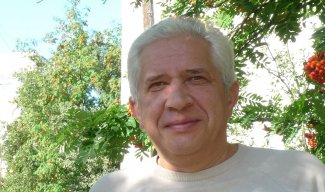 Andrey Zolotkov with Bellona Murmansk don’t believe the ”bad weather conditions” is the only reason for the high pollutions over the last few days.

”Most likely the reason lies in some elements of the process in the smelter at the factory in Nikel, says Zolotkov in a statement posted on the organisation’s portal.

A new production line at the briquetting factory in Zapolyarny reduces the emission of SO2 from the nickel ore, but the sulphur stays in the pellets when transported to the smelter in Nikel. Here, the sulphur is released when melted and enters the atmosphere as sulphur dioxide, Zolotkov explains.

Read also: SO2 emission from Nikel will increase

A century and a half ago, Norway was home to roughly three thousand brown bears, the majority of bears in all of Scandinavia. By 1930, the bears were virtually extinct. Decades of aggressive management tactics and bounties had wiped out one of the area’s most iconic species.

Microplastics found in waters off Svalbard

Microplastics, the tiny plastic particles that are accumulating in marine waters and big lakes around the world, are now showing up in the Arctic waters south and southwest of Svalbard, Norway, a new study says.

The Barents region is the exception to an ecological deficit in Europe. But the long-term trend shows a reduction in biocapacity also in the north.