In Kola Bay, a “nuclear island” 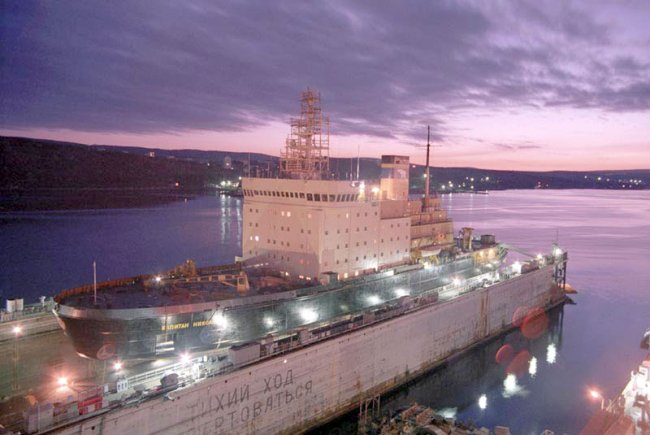 An island for nuclear waste material, developed in the Kola Bay by Russian atomic energy authorities, will strengthen security but could also create a false sense safety among locals, environmentalists say.

The “nuclear island” has been developed by the Rosatomflot in a bid to boost waste storage security in the region. The island built near the Atomflot base along the Kola Bay will house low and medium level radioactive materials.

According to Bellona, a total of 650 metal containers with nuclear waste materials have been moved to the island, from where they later will be shipped across the fjord to the Saida Bay storage site.

The Saida Bay floating dock for nuclear wastes, and first of all reactor compartments, was built with support from the German state and opened in 2006.

The construction of the island will boost nuclear security in the area. However, environmentalists still argue that the new facility could create a feeling if false safefy among the local population. Commenting on the project, Bellona Murmansk leader Andrey Zolotkov underlines that the deadly waste remains in the immediate vicinity of Murmansk downtown.

“The noun “island” imparts the notion that the facility will far away,” he says. “Really, however, it will all be at Atomflot, a mere two kilometers from Murmansk and its 300,000-strong population”.

According to Atomflot General Director Mustafa Kashka, his company is also about to finish the construction of a shore-based facility for unloading of spent nuclear fuel from ships, a unit which will make redundant the highly irradiated Lotta nuclear service vessel. The spent fuel will subsequently be sent to the Mayak chemical plant in Siberia.